Halloween, The Day of the Dead & All Saints Day

One need not be a chamber to be haunted

One need not be a house;

The brain has corridors surpassing

We all like to celebrate, and we all like to take part in events that make life more interesting, funny and exciting. The traditions which we continue to celebrate today have all been changed by the passage of time and actions of people. Why do we still celebrate Halloween and what difference does it make in our lives?

The days between 31st October and 2nd November are celebrated by people all around the world, with small differences regarding the specific date of the celebration and the name associated to it.  The more we know about the origin and the socio-cultural aspects of Halloween, the more positively we may experience or regard it.

The tradition of Halloween began around 4,000 BC in Ireland, with the Autumn festival of Samhain. Samhain was a Celtic celebration held on the first day of the 11th month. The word is composed of: sam which means summer, and fuin which means end. So, on the 1st of November, Samhain celebrations would start at sunset. This became known as All Hallows Eve or the night before All Hallows.

Through celebrating the end of the lighter half of the year and the beginning of the darker one -the inter-season- Celts regarded Samhain as a spiritual and magical time when a door was opened between our world and the otherworld. The fairies, the puka, the dead and other spirits could come and walk quite freely along the living. It is believed today that, in order to protect themselves from the evil spirits and to keep them away from their homes, the Celts created costumes and masks. They also used to leave carved and lit pumpkins or turnips with menacing faces on their doorsteps for extra protection.

From Celtic times to present, Halloween, All Hallows Eve or The Day of the Dead continues to be part of our lives. Over the years, Halloween has embraced other meanings, becoming somewhat detached from the original one. Exploring how people around the world celebrate this event may help us understand the present and build the future.

There is one thing we should keep in mind regardless of whether we are discussing Halloween, All Saints Day, or The Day of the Dead: birth and death are a part of  life, and the way we relate to them makes a significant difference in the way we live our lives. It seems understandable that from ancient times people have felt the need to explore death in order to control the fear of it, the fear of the unknown. 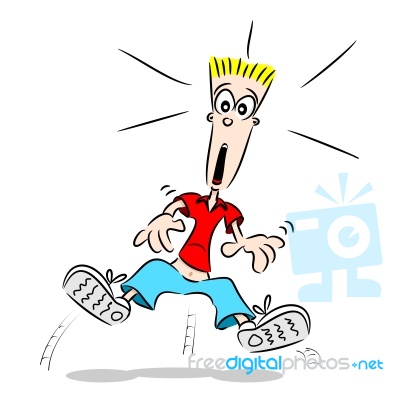 While some of us celebrate Halloween in one way or another, there are others who have a fear of it. The fear of Halloween is known as Samhainophobia. So why might some people fear Halloween and where does this fear come from? Possible explanations of this kind of phobia (phobia: an irrational fear that interferes with day to day life) are religious reasons, myths, superstitious beliefs or psychological issues. According to Sigmund Freud (1856-1939), psychiatrist and founder of psychoanalysis- phobias should be considered as displaced fears and conflicts. Freud believed everyone had a personality and defense mechanisms. These defense mechanisms protect our ‘ego’ from overwhelming anxiety.  According to John B. Watson (1878-1958), a psychologist and the founder of behaviourism – a school of psychology focusing on how behaviours are learned and influenced by the environment – phobias can be learned. Other research attempted to find biological causes of phobias, showing that genes may play a significant role in some cases.

In many cases, Samhainophobia is accompanied by other phobias such as the fear of ghosts, fear of witchcraft and fear of darkness. If you have a fear or phobia and can’t cope with it by yourself, please read our article on fear, or contact us for a free consultation. We can offer you support with anxiety and/or phobias via counselling, psychotherapy or Neuro Linguistic Programming.

To summarize, undoubtedly we all have fears. The triggers for these fears are, most of the time, outside our control and may be difficult to understand. So be it Halloween, All Hallows Eve or The Day of the Dead, these celebrations all tell us about death and give us an insight into how we may address it. Our Halloween traditions may allow us the chance to confront death, take it less seriously or consider our own thoughts and feelings towards it. It is also a chance for us to celebrate our loved ones who are no longer with us. These are all very good reasons to celebrate Halloween. After all, death, like birth, is part of the natural cycle of life.