The Wimbledon Diet: What Type of Foods Fuel our Favourite Tennis Players?

This year’s Wimbledon tournament has started. For the next two weeks, we all become tennis fans and avidly follow the successes and defeats of the players, marveling at the levels of physical and mental fitness on display. So how do these players achieve the fitness required to compete at the highest level? One of the most important aspects of the rigid fitness programme followed by athletes is a healthy diet. So what are the foods that enable our favourite tennis players to produce the results on court? 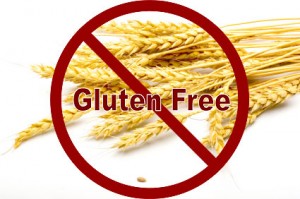 Serbian player Novak Djokovic provides one of the more recent examples of the effect a change in diet can have on a tennis player’s performance. Djokovic’s early career saw many instances when his fitness seemed to desert him at times during big matches. Breathing problems, vomiting and muscle pains were just some of the ailments Djokovic experienced during his matches, which led him to have to retire mid-match on a few occasions. All this changed in 2010 when a nutritionist discovered that Djokovic had an intolerance of gluten. Djokovic switched to a gluten-free diet and he attributes his subsequent success on the court to this change.

Djokovic went on to win the Australian and US Opens, and Wimbledon, and became the highest-ranked player in the world. Djokovic’s new diet involves cutting out wheat and dairy products. He also cuts out as much sugar as possible, and relies on foods such as fish, white meat, vegetables, fruit, nuts and seeds to get the nutrition he needs to maintain his status as a world-class tennis player. Djokovic also drinks warm fluids such as room-temperature water and liquorice tea. This was established due to a premise found in ancient Chinese medicine which suggests that heat is a requirement for digestion to be more effective. 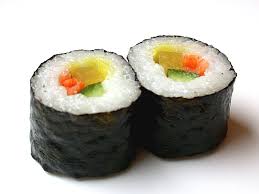 In terms of other competitors on the tennis tour, there are some other interesting diets followed by the players. Andy Murray reportedly gets much of his required calories from sushi. A newspaper article reported that Murray has been known to consume as many as fifty servings of the Japanese delicacy in a single sitting. Murray also eats red meat, pasta and rice distributed over six meals every day.

Roger Federer relies on foods which are high in carbohydrates after every match, and consumes lean protein to speed up muscle growth and repair. Serena Williams adopted a raw food and vegan diet, which consisted of unprocessed raw plant foods. A diet with lots of protein and carbohydrates and with plenty of fluids is thought to be the best diet for playing tennis. Foods such as bananas, apples, pasta, rice, oatmeal and bagels are some of the more highly recommended pre-match snacks.

Can you be as Fit and Healthy as a Wimbledon Player?

Whether you are a tennis player competing on the world stage, or simply want to feel a bit fitter, a healthy balanced diet is essential. A good diet can make us feel more energetic and happier, and can completely change your life, just as it did for the tennis players we will be watching at Wimbledon this year. At The Green Rooms, we can help you to get the most out of your diet, understand your eating habits and control your food and drink choices and intake. Our Weight-Loss Psychotherapy programme is specially designed to support you to make positive changes that will last your whole life, and not leave you feeling deprived. Contact us for a free consultation and start your journey to a healthier, happier lifestyle.