Should auld acquaintance be forgot,

And never brought to mind?

Should auld acquaintance be forgot,

For auld lang syne, my jo 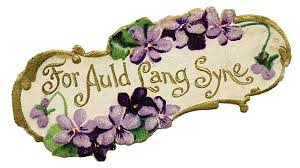 As the clock hits midnight on Hogmanay and we celebrate the arrival of a new year, all over the world people will likely be joining hands and singing Auld Lang Syne. Written in 1788 by Scotland’s most famous poet Robert Burns, Auld Lang Syne has become the soundtrack not just to the Hogmanay celebrations in Scotland, but to New Year celebrations the world over. So how did this song come to be associated with saying farewell to the year gone past and the welcoming of a new year? And why is it so popular worldwide?

What is the English translation of Auld Lang Syne?

Where did the Auld Lang Syne Melody come from?

While the lyrics can be attributed to Burns, the origin of the tune which accompanies the poem that we know today is less clear. Some sources say that Burns originally combined his poem with the tune of an old Scottish folk song which was popular at the time, and that the tune we know today did not appear with Burns’ poem until after his death. Regardless of how the poem and tune came to be combined, the combination proved to be extremely popular. 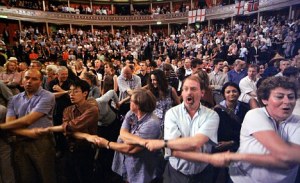 Why is Auld Lang Syne sung on Hogmanay?

The origins of our singing Auld Lang Syne on Hogmanay / New Year’s Eve are disputed but one explanation has its origins in Burns’ native Scotland. The lyrics about reminiscing on old times and remembering old friends became a fitting way to welcome a new year whilst still remembering the experiences and friendships of the years gone by.

How did Auld Lang Syne reach the world beyond Scotland?

The popularity of Auld Lang Syne spread from Scotland to the rest of the British Isles, and as British citizens emigrated across the world, they brought Auld Lang Syne with them, which led to its worldwide popularity.

Throughout its travels around the world and its many translations, the message of Auld Lang Syne has remained: to value our past friendships and experiences as we face the opportunities and challenges of the future. As we say goodbye to 2014, this message is just as important now as it was in the time of Robert Burns. The arrival of a new year gives us the ideal opportunity to reflect, as well as look to the future and what we would like to achieve. 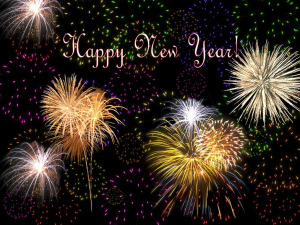 Wishing you a very happy and healthy new year from all at The Green Rooms!!!